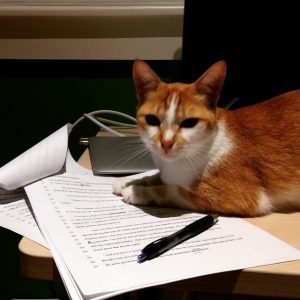 Even when you know that you could fail, failure can really sting. Recently, a smart agent whom I respect requested the first chapter of the mystery novel that I wrote in my challenging MFA program. I have rewritten it three times since I earned my degree. Send chapter one, and then chapter two, the agent suggested. She liked my premise, but made it very clear that I had to grab her right away, or she would not be interested. Furthermore, she would only read chapter two if chapter one thrilled her.

I polished. My wonderful fiction critique group features several published authors. They liked my novel. Generous, two talented and popular mystery authors from the group gave me additional feedback to make my first two chapters shine extra brightly. Good work in hand, I felt like I had a shot.

The timing also seemed fortuitous. My husband and I are (cross your fingers) starting a family in 2016, so if there are lots of edits in my future, I have more time to do them now then I will later. Soon there won’t just be feisty rescue cats competing for my attention. So I felt driven to get my best work out there, and soon!

Guess what happened? I received an honest but blunt rejection email. Pretty language but not enough suspense. It would not grab and hold a mystery reader’s attention. The agent did not need to read more than my first chapter to know that my lovingly revised (and revised, and revised) novel was wrong for her.

Not the right agent for me, I told myself.

Not the right time.

I am lucky that she got back to me personally and promptly.

It happens to everybody.

Ursula K. Le Guin received a rejection for her award-winning “The Left Hand of Darkness” that described her book as “endlessly complicated” and “unreadable.”

I am too stubborn to give up on this book.

Determined to shake it off, I treated myself to a big old ice cream sundae and “moved on.” I took a break from that novel and tried to throw myself into my arson mystery-in-progress, Zippo. A very different type of mystery with a firm deadline would be just the thing, right? Right?

Funny, I discovered a lot of details that I absolutely had to research before I could get any more words on the page. Funny, I found I had to rethink the narrator’s husband’s backstory before I could push the narrative forward. Funny, the bad ergonomics of my writing station suddenly needed fixing now rather than later. Funny, I wrote very little.

Any rejection, even one your mind knows is highly possible, can wound your sensitive heart. I need to grieve a little more. So I am. Funny, the words are starting to come back.

In case any other writers out there have had a rough summer of rejection and need inspiration, I would like to share two of my favorite motivational quotes below.

“Don’t quit. It’s very easy to quit during the first 10 years. Nobody cares whether you write or not, and it’s very hard to write when nobody cares one way or the other. You can’t get fired if you don’t write, and most of the time you don’t get rewarded if you do. But don’t quit.”

“All of writing is a huge lake. There are great rivers that feed the lake, like Tolstoy or Dostoyevsky. And then there are mere trickles, like Jean Rhys. All that matters is feeding the lake. I don’t matter. The lake matters. You must keep feeding the lake.”