Stories twist and evolve. One summer while I was studying at Barnard College of Columbia University, I took a job at a farm stand. Between studying with friends and a financial aid work-study job in the stacks, I felt like I’d spent far too much time in the library in New York. (And I love libraries!) Sunshine and flowers called to me. At the fragrant, upscale farm stand and greenhouse in my upper middle-class suburb of Boston, I learned about more than shucking corn and growing perennials. I learned about working eight hours a day with a diverse crew of people.

There were lots of nice people working at the popular and well-landscaped farm, but nice people rarely make it into my 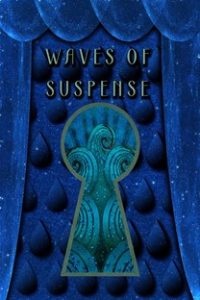 fiction. One day, while on break, I overheard the jerk from my shift (every crew at every entry level job seems to have that jerk) make a racist comment. I was disgusted, but then I started to get an idea for a story. The next semester, despite being a student of political science and psychology, I groveled my way into a creative writing class for English majors. I left with several stories that I liked. One, “A Summer’s Day,” was a coming-of-age tale about a college girl who has learned about class and race mostly from books. I set it on a scenic suburban farm.

Fast forward twenty-ish years (ahem). I developed a penchant for reading and writing crime, suspense and mystery stories. A discussion with a new friend about summer jobs led me back to “A Summer’s Day,” but with a new plotline twisting in my brain. What if the pretty veneer of a suburban farm covered something bloodier? I cast off the reality of my experience and dove into the dark corners of the imaginary Maplewood Farms. With helpful feedback from my wonderful critique circle, the more poignant and sensual “A Summer’s Day” evolved into the suspenseful “Blood-red Geraniums.”

Excitement rushed over me this fall when I learned that “Blood-red Geraniums” had won third place in a local contest, and that the new HWG press would publish it in their debut collection, Waves of Suspense. I was pleased to learn that this anthology also features a chilling tale, “Roll the Bones,” by my pal David Welling. I got a chance to read his story at a critique group, and it will keep you up at night. In addition, the prize-winning Houston poet Andrea Barbosa branches out into suspense and contributes a cautionary tale about breaking into creepy old houses. There’s something for every suspense reader in this collection of ten dark tales.

HWG Press and anthology editor Elizabeth Domino underwent their own evolutions. The last two excellent HWG anthologies, Tides of Possibility and Tides of Impossibility (which included my work), were published in conjunction with the well-respected Skipjack Publishing. All of Skipjack’s books are wonderful (check them out online sometime), but there’s a lot of indie publishing talent in Houston, so the Houston Writers Guild decided to keep their publishing in-house and start their own press. It was a bold and exciting move.

New HWG Press editor Elizabeth Ann Domino took the reins. Creative and affable, she was previously known for her fiction writing. She published five short stories in the Bayou Review, a biannual journal of fiction, poems and artwork by students at UHD. This is the first time that she has edited an anthology, but Elizabeth’s love of craft and diligence lead me to believe that she will edit many more quality collections.

The Houston Writers’ Guild will celebrate the release of Waves of Suspense on Thursday, December third at 6:30 pm at the Kelvin Arms Pub in Houston. Stop by, meet fun writers, and peruse this tense new release.

Waves of Suspense will also be available on Amazon.com. If you enjoy a page-turner with your eggnog, this is the ideal collection for you to read and gift this holiday season!